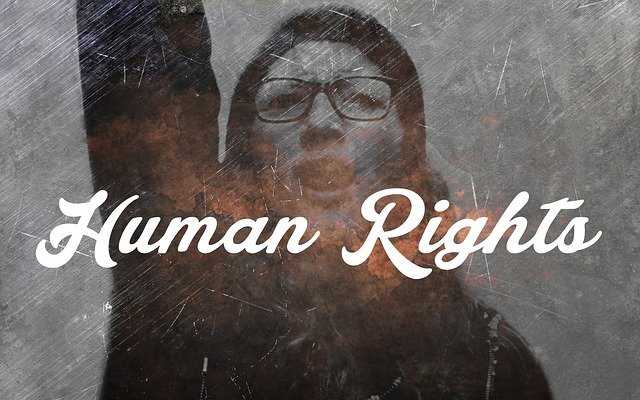 According to the speech made by President Theodore Roosevelt and Barrack Obama, it is evident that both men are concerned about the rising inequalities in the American society. Both leaders are passionate about fundamental human rights, elimination of racial discrimination, and equal opportunities to everyone in the society. Both leaders believe that equitable access to education is crucial in the alleviation of poverty among the vulnerable communities. Ironically, these gentlemen belong to different sides of the political divide, but they share similar aspirations and dreams for the American nation. In his speech, Obama invokes the visions of Theodore Roosevelt who was the first person to provide the new nationalism speech anchored of various critical national issues such as the need for special interests, the need to distinguish between human and property rights, as well as the need to regulate corporations. However, just like Obama, Roosevelt used this opportunity to also drum up support for his presidential bid by invoking the memory of Abraham Lincoln through the reiteration of the significance of the declaration of independence and the bill of rights in guiding the transformation of the American society. Obama’s address in Kansas has drawn a lot from the speech made by Roosevelt in the same place, and hence it would be interesting to understand the nature of the conversation that both individuals would have if they got a chance to have a dialogue.

In the initial speech provided by Roosevelt, he vehemently criticized what he referred to as the square deal, which Obama also referred to when he made his address in Kansas. Both men used their speeches as a foundation upon which they anchored their political campaigns for the presidency. According to Obama and Roosevelt, they espoused that for the American nation to eliminate economic disparities in its society, there was the need for significant constitutional changes. Roosevelt perceived American history as a struggle between those have more they have legally earned and those who earned greater wealth than they currently possess. President Roosevelt and Obama concur that the significance of the struggle to liberate America was anchored on the desire to ensure equal access to opportunity, eliminate special privileges, as well as offer meaning to the lives of all American citizens. However, Roosevelt was opposed to rapid change, although he was a strong proponent for equal opportunity. Nonetheless, unlike Lincoln, Roosevelt interpreted the new birth of freedom to imply that the boundaries of special privileges should be eradicated, which would eventually result in a conflict between classes. Roosevelt misleadingly perceived that this struggle would be against special interests such as the struggle led by Lincoln against self-governance and slavery under the Constitution.

In his speech, Obama constantly places blame on the American economic woes on something he referred to as corporate greed. Obama argues that there is a significant degree of collateral damage that has occasioned a sense of mistrust between Main and Wall Street. He also took the opportunity to take a swipe at his Republican opponents because of their perceived and implied eagerness to roll back the reforms in the financial sector to the previous laws that caused the 2008 economic recession in the United States. The paradigm that holds that the greater wealth at the helm produces employment and earnings for the masses below depict the level of individualism and the skepticism of allowing too much involvement from the government. Obama argued even though this paradigm is suitable for the elite class, this has never been and will not be a solution to the challenges facing a majority of the poor people living in America. In this regard, Obama espouses that the American society has already gone through radical transformations from the community that existed during the days of the founding fathers. Through national efficiency, President Roosevelt demands that real democracy should be anchored on the needs of individual rights. This implies that the government and the society should allow people to gain wealth only in a manner that benefits the wider needs of the community. Therefore, there is the need to enhance the degree to which government can influence and control certain aspects of the economy, for instance, through the creation of a Federal Bureau of Corporations. Additionally, progressive inheritance and income taxes can be levied on multibillion fortunes. Moreover, the federal department of agriculture should be empowered to cover all the aspects of farm life.

However, to regulate the national economy, it is also critical to control private lives as well. To execute the objectives of the government of serving the needs of the people, Roosevelt argued that there should be a genuine and constant moral awakening. In this regard, the federal government should mold the education system and the family to encourage progressive results. According to Roosevelt, the new nationalism is anchored not only in a strong military and global influence, but also upon the nationalization of the way of life. Obama notes that the level of inequality in the US has been drastically increasing during the last forty years and there are no signals that it would decrease any time soon. Because of the changes and transformations in the economy, new factors have enhanced the levels of inequality. The primary factor being the huge wages and salaries offered to top officials and managers of organizations. As result of this high salaries, it has shifted demand in the market towards commodities that target the talents and preferences of these high earners. Since the wealth have everything they could need, they often tend to use their surplus income in pursuit of things that are relatively special. However, the truth is that these special things are often manufactured by organizations that unique talent that cannot be replicated anywhere else. Moreover, the wealthy do not contract simple architects, lawyers, doctors, or artists. They often go for the best and most expensive professionals in all categories.

Recent developments in information technology have enhanced the capacity of the wealthy to search for and access these professionals. This implies as the wealthy continue to get richer, individuals with talent and unique skills also benefit by increasing their wealth because of patronization. Therefore, as the elite spend, it increases the wealth of other elite practitioners. This continued increase in wealth among the elite has also had a negative impact on the political environment because the elite use their resources to access legislators. This implies that they have a greater capacity to influence or dictate public opinion by making donations to research agencies and political action movements. The results of these actions have been a decrease in estate taxation, lower incomes, as well as lenient business regulations. These transformations have resulted in higher concentrations of wealth and income among the elite, which gives them more political influence.

Roosevelt understood that a free market would only function well if the rules of engagement ensured that everyone was able to compete in an honest, transparent, and fair manner. However, it should not be perceived as an open license to loot whatever an individual can from another person. Therefore, inequality and exploitation should not be perceived as the collateral damage of progress. President Barrack Obama strongly supports these sentiments.